Here is the complete text of the Preface to Jerry Lawson’s upcoming book Knowledge Management for Lawyers: Building a Culture of Success, scheduled for publication in April 2022. It was originally published at LLRX.com and reprinted at The Impact Lawyers.

I first learned about the joy of efficiency from my high school Geometry teacher, Miss Freida Riley. On submitting a proof for her approval, her usual reaction would be: “It’s OK. Can you do better?” What she meant was make it simpler, more streamlined, more efficient.

If more work resulted in better insights, I might hear words like: “That’s good, Jerry. That’s what we are looking for.”   Miss Riley prized efficiency, what mathematicians call “elegance.” She showed me what poet Edna St. Vincent had in mind when she wrote “Euclid alone has looked on Beauty bare.” 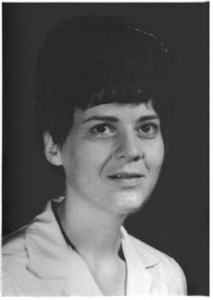 Valedictorian of her high school and college classes, Frieda Riley could have been a star teacher at virtually any school in the country. She chose to teach in McDowell County, the heart of the West Virginia coal fields. It was the poorest county in the poorest state in the nation. The poverty in McDowell County is so deep and so persistent that the New York Times used the county in an article portraying it as the poster child of poverty in the United States.

Miss Riley blessed her students with better ways of thinking and approaching problems. She opened the door to new worlds, new possibilities.

Frieda Riley died of Hodgkin’s Disease at age 31. Today she is honored in the National Museum of Education, but her most important legacy is the countless students she inspired–and equipped–to meet challenges. END_OF_DOCUMENT_TOKEN_TO_BE_REPLACED

Many lawyers, possibly to help preserve their peace of mind, tend to underestimate the potential impact of AI on their practices. Professors Elizabeth C. Tippett and Charlotte Alexander have a key insight in their article Robots Are Coming for the Lawyers:

Imagine what a lawyer does on a given day: researching cases, drafting briefs, advising clients. While technology has been nibbling around the edges of the legal profession for some time, it’s hard to imagine those complex tasks being done by a robot.

But, as we discovered in a recent research collaboration to analyze legal briefs using a branch of artificial intelligence known as machine learning, lawyers’ jobs are a lot less safe than we thought. It turns out that you don’t need to completely automate a job to fundamentally change it. All you need to do is automate part of it.

The European-based publication The Impact Lawyers is a classy outfit, so I was glad to allow them to reprint my review of Dennis Kennedy‘s excellent book Successful Outcome in Law.

Many, maybe most lawyers are reluctant to give presentations, some because they lack confidence in their ability to handle questions. My article with tips on handling Q & A is is now available at LLRX.com.

Very glad to allow the European-based legal journal  The Impact Lawyers to reprint my essay Knowledge Management, Geometry and Frieda Riley. This essay will be the preface for my new KM book, now due for publication in April 2022.

The Impact Lawyers newsletter is a good way to get an international perspective on the latest developments in the legal tech field.

Just noticed: Dennis Kennedy & Allison Shields are running a “back to school” special on the ebook version of Make LinkedIn Work for You, previously recommended here. Great deal at list price, even better at $4.99.

Lawyers sometimes are so busy practicing law and mastering technology that they make the mistake of considering workouts a luxury, something fun. Workouts can and should be that, but they are so much more: A key to productivity.

Jerry Muncy, owner of TypewriterCentral.com, shown here in Great Smoky Mountains National Park, is a classic example. Old enough to be a member of the Big Creek High School Class of 70, he nevertheless maintains a level of fitness such that he routinely outdoes 20-somethings in hiking mountains–and also in office productivity.

Roman Zelichenko‘s recent LinkedIn post questioning the value of LinkedIn prompted me to provide him a recommendation:

On getting back into the legal tech game after being out a few years working as a civil service lawyer with a knowledge management specialty, I needed to get up to speed on recent developments  at a 0 to 60 pace. Of course, developing a facility with LinkedIn was a top priority.

Make LinkedIn Work for You: A Practical Guide for Lawyers and Other Legal Professionals by veteran legal tech gurus Dennis Kennedy & Allison C. Shields (now Johs) was by far the most useful guide I found.

It is the best $25 investment I know for the LinkedIn-ambitious lawyer crowd.

A bonus observation: While getting a copy of the LinkedIn book, also pick up a copy of Kennedy’s Successful Innovation Outcomes in Law.  Both books were self-published via Amazon. See my post Is Self-Publishing Right for You in case you are interested in exploring this promising new approach to book publication.

The estimable Mel Scott (who runs a great podcast) asks an interesting question:

What’s the most important thing a lawyer should know when starting a new job?

My tip? Don’t spend all your time sucking up to supervisors & the highest people on your entity’s organization charts. Many times the most valuable people to know are on a lower level:

In brief, I always prioritized developing strong relationships with non-supervisors who could benefit me and help me accomplish things that would benefit the organization. This admittedly idiosyncratic approach to legal work in civil service legal jobs worked for me because it complemented my personality:

It’s hard for me to try to get ahead by sucking up to supervisors. Taking the contrary approach of developing lateral relationships works better for me: I found that knowing who to know provided me giant benefits, especially when working in public service jobs, including the civil service. For years I thought this approach was something I had stumbled upon myself, something that worked for me, but would not work for others.

Only later did I discover that academics had provided a theoretical basis for my approach. It was something that would work for anyone savvy enough to understand it. A book from the Harvard Project on Negotiation, Getting It Done: How To Lead When You’re Not In Charge, helped me understand what I was doing and why it worked. These lessons would help many lawyers–especially those in civil service jobs who find their supervisors lacking.

More on this later.

Unsurprisingly, Conrad Saam, always the curmudgeon, reports that he was the sole contrarian in a recent panel on social media marketing for lawyers. Not drinking the Kool-Aid, right, Conrad?

While every law firm should have a business-card type presence on all major social media forums, social media is generally not a promising direct-to-consumer marketing channel for lawyers. Social media marketing can be good for lawyers, but only a few stand to gain major benefits. This becomes clear when you evaluate the few success stories & ask how many lawyers could follow a comparable trail.

Would somebody like Amy Griggs, a partner in Washington, DC firm Regan Zambri Long, PLLC?, be in this category? Maybe. Her LinkedIn feed is promising, but the jury’s still out.

Own the Map: Marketing Your Law Firm’s Address, Saam‘s new book on marketing for lawyers, convincingly explains why most lawyers should not expect giant benefits from marketing via social media. It’s available from Amazon or the ABA.